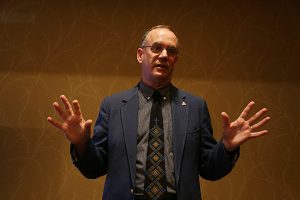 In every community, in every town and nation, there’s a secret. It’s not often talked about or acknowledged, but it’s there. You may not be aware, but hidden in the shadows in back alleys as well as displayed in broad daylight, in store fronts on main street and in nearby warehouses it’s presence is there. Its influence may even be in some of the products you bring into your home. Human trafficking, often referred to as modern slavery, has a face and a name even if we choose not to think about it.

Whether it’s an 8-year-old girl working to produce chocolate or shoes or cotton for pennies a day, forced to pay off her family’s debts at exorbitant interest rates instead of playing or going to school; or someone needing a fresh start, brought to an unfamiliar country with the promise of a good-paying job, only to be hidden away and forced to work for an abusive “employer” who never pays them; or a teenager, promised a better life by a suitor who grooms them with affection and then sells them into sex slavery. These stories are all too common to those who work with ministries and organizations focused on helping the proverbial least, last, and lost who are truly living on the margins of society and are, perhaps surprisingly, not all that far from our own communities.

Such stories represent a fraction of a collection of larger issues, as discussed in Saturday’s workshop on human trafficking led by Mark Kadel, Director of World Relief, Spokane. Sadly, Kadel says too much of today’s conversation, when it happens, isn’t focused on how to help, but rather whether slavery even exists today. “Today every country in the world has a law on the books outlawing slavery. Some countries just choose not to enforce it… There are more slaves that exist in the world today than at any time in human history.” 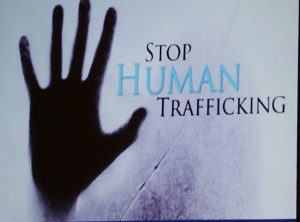 Kadel offered a definition of human trafficking as “organized criminal activity in which human beings are treated as possessions to be controlled and exploited through forced labor or through the commercialized sex industry. It is modern slavery.” He went on to explain that “human trafficking doesn’t necessarily involve the movement of people – it could involve anything related to the exploitation of people,” and it is the number 2 criminal industry after the drug trade.

His hope and prayer are that the church becomes a leader in every community helping and protecting those caught up in modern slavery and works to fight these injustices.

Ways You Can Help

There are many resources available. World Relief offers this guide on where to find additional information and how to offer support.

Report Cases of Slavery or Trafficking

If you think you have encountered a victim of human trafficking, call the National Human Trafficking Resource Center, 1-888-373-7888, open 24 hours a day/7 days a week. In cases of emergency, call 911.

Resource: How to identify a trafficking victim