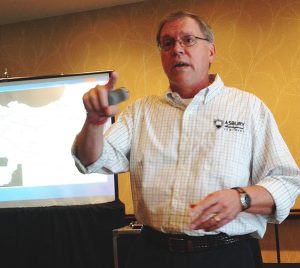 A thought-provoking discussion on global migration challenged workshop attendees to see immigrants as a blessing and not a burden.

The workshop was led by Steve Ybarrola, professor of cultural anthropology at Asbury Theological Seminary, and Zach Szmara, lead pastor of The Bridge Community Church in Logansport, Indiana.  Zach is also an accredited immigration legal representative and a director for Immigrant Connection, a grassroots network of Wesleyans envisioning the Spirit of God bringing immigrants and churches together to cultivate relationships, share resources and provide legal resources.

The statistics are staggering.  The 2015 United Nations’ estimate of individuals living outside their countries of origin is 244 million, with 1/7 of the world’s population considered     migrants.

Steve and Zach asked workshop attendees to divide into small groups and discuss key points that are important when trying to influence change in churches:

Steve acknowledged that we are all dealing with global migration and described it as a major movement of people “we need to think about missionally and determine how we as a local church can serve these communities. Human beings migrate, that’s what we do.  Jesus was a refugee and he had to flee because of infanticide.  When we look at the scriptures we see that participation in God’s mission usually involves movement or migration.” 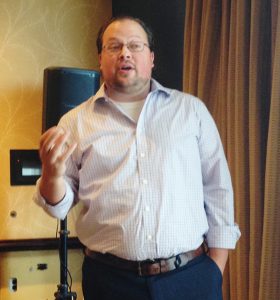 It’s important to learn and listen

Zach has been in Logansport since 2012 and since then the focus has shifted from closing the church to creating a multi-ethnic one. “We now serve people from all over the world and we have a direct impact on their lives.  We must consider how local churches can serve the needs of refugees and reach out to the Samaritans among us.  The process starts with teaching and those of you who have a pulpit can use it more effectively.  Remember this is not a political issue, it is a Jesus issue. “

Zach described the success of the unique dinners his church initiated. “We invite small groups of influential people, including community leaders and immigrants.   We call it speed dating across cultures.  Immigrants hear stories of our mayor and pastors and we hear stories of what it is like in a refugee camp and what it is like to leave family behind to come to the United States.  These dinners are very popular now and we have a waiting list to attend.  We see there is great value in learning and listening.”

Adds Steve: “We are called to love others but how can we love them when we don’t know them?  It is important we show that we are interested in them and we don’t just want them to be like us.  Sadly, we are comfortable with Samaritans after they do become like us.”

Both speakers agreed that churches need to see migrants as an opportunity and that God is bringing people into our midst from countries where we cannot go.